For many years, mental illness has been surrounded by social stigma. Those with diagnosable mental illnesses often feel judged and ashamed to admit or discuss their challenges with others – sometimes not even their closest friends and family members. Fortunately, the balance is now beginning to tip. Increasing emphasis is being placed on understanding, accepting, and respecting individuals with mental illnesses. As your online mental health therapist, I’m continuing this effort by dedicating this blog post to a unique and challenging form of mental illness that many individuals face: Borderline Personality Disorder. 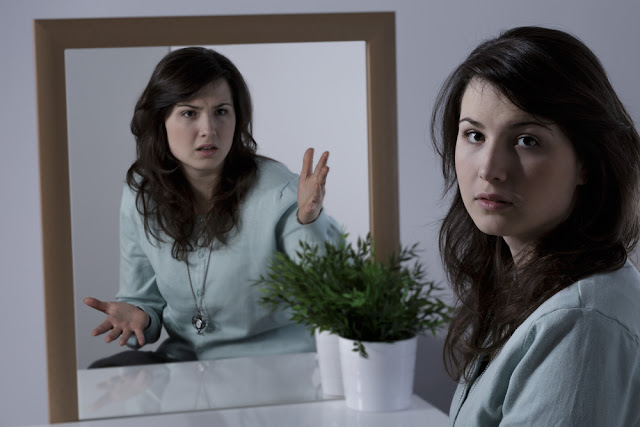 What Is Borderline Personality Disorder?

Borderline Personality Disorder (BPD) is a serious mental illness that is often characterized by unstable behaviors, moods, and relationships. The word “borderline” in its name is a little misleading. It is not meant to minimize the effects or challenges of the disorder in any way; it represents the fact that this disorder often displays some of the characteristics of other types of mental disorders.

Many of the men and women who suffer from BPD also exhibit signs of other mental disorders, which can make it challenging to accurately diagnose. Examples of these co-occurring disorders may include anxiety disorders, depression, eating disorders, substance abuse, and self-harm or suicidal behaviors.

Who Suffers From Borderline Personality Disorder?

According to BorderlinePersonalityDisorder.com, BPD affects approximately 5.9% of adults (roughly 14 million Americans) at some point in their life. 20% of patients admitted to psychiatric hospitals are affected by BPD. Individuals with Alzheimer’s disease are much more likely to be affected by BPD – approximately 50%.

While symptoms of borderline personality disorder can appear in early childhood, it does not usually officially being until early adulthood. Young adults tend to suffer from this condition the worst, and its effects may gradually lessen as they age.


Do I Know Anyone With Borderline Personality Disorder?

I don’t know about you, but I am a huge sports fan. I thought I’d conclude this conversation about BPD by talking about Brandon Marshall, a wide receiver for the New York Jets. Both his great play on the field and erratic behavior off the field have brought him a great deal of publicity over the years.

In 2011, Brandon Marshall publicly announced that he had been diagnosed with Borderline Personality Disorder. Since then, he has dedicated the vast majority of his time off the field to raising awareness for the disorder and reducing the stigma associated with it. He admitted that both his professional and personal lives have suffered from the challenges that BPD has brought. He has made a conscious effort to include his wife and family in his charitable endeavors, an ingredient he realized is necessary to survive his ongoing battle.

On ESPN on the 12/27 episode of game day, Marshall stated: “My pain and sadness give me strength. I’ve been trapped all my life, not by man or cages, but by my own emotions. Where I’ve been while traveling inside myself can be summed up by one word: damn!” He then smiled, showing both himself and the world what a difference a positive attitude makes.

Suffering From Borderline Personality Disorder?
I Would Love To Talk With You.

If you believe you may be suffering from BPD, I hope you’ll set up a time to talk with me. Together, we can find the solutions that work best for your unique situation. As a virtual therapist in Michigan, I can meet with you via Skype, FaceTime, or other video chat platform, which allows you to remain in the comfort of your own home. It also allows our meeting times to be more flexible. To learn more about how online therapy works, visit my website: www.NeverGiveUp.care