Many people in the United States struggle with eating disorders. It is reported that 20 million women and 10 million men will suffer from some sort of eating disorder in their lifetime. In addition, there are many others that are not reported. In some cases, these disorders go untreated. The earlier a person seeks treatment, the greater the chances of physical and emotional recovery. As an online mental health counselor, I’m here to help you (or your loved one) through these hard times. However, in order to seek the proper treatment, you need to know what you are dealing with. There are many different types of eating disorders, but here are the three most common types and their warning signs: 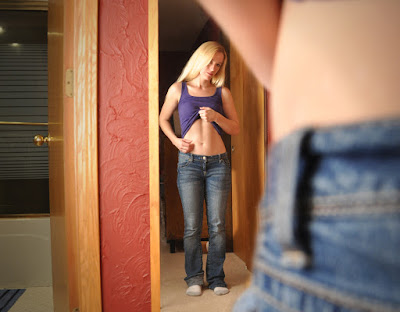 Anorexia nervosa is a potentially life-threating eating disorder. It is when a person has an intense fear of weight gain, which leads to an obsession with weight and persistent behavior to prevent weight gain. With this eating disorder, a person is not taking in enough food or starves themselves of food completely, which leads to being severely underweight. Usually, this is caused by a low self-esteem that is related to their body image.

Bulimia nervosa is also a very serious and potentially life-threatening eating disorder. When a person has bulimia, they go through frequent episodes of binging (consuming a large amount of food) followed by some sort of behavior to prevent weight gain, such as self-induced vomiting.  Many times there is a feeling of being out of control while binge eating. Like anorexia, those that suffer from bulimia have low self-esteem that is related to body image.

Binge eating disorder (BED) is the most common eating disorder in the United States. It affects 3.5 percent of women, 2 percent of men and nearly 1.6 percent of adolescents, according to a survey conducted by the National Comorbidity Survey. BED is recurrent episodes of binging, usually quickly and to the point of discomfort. Similarly to bulimia, those with BED have a feeling of not having control while binging. However, unlike bulimia, there is no prevention of weight gain following the consumption of food, which results in being overweight.

Signs of an Eating Disorder

There are many warning signs of anorexia besides dramatic weight loss, but they are often times subtle, so being aware of how a person behaves around food is imperative. There is often times an obsession with not only weight, but food itself with extreme dieting, calorie counting and refusing to eat certain foods leading to restrictions against whole categories of food (i.e. no carbohydrates). With anorexia, you need to be able to tell the difference between a healthy lifestyle change or a serious obsession with weight loss. 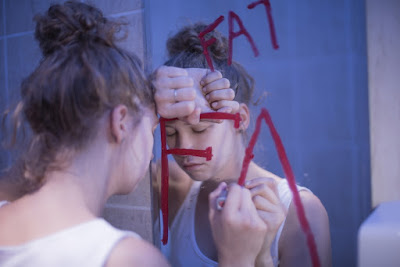 Many people struggling with bulimia nervosa usually appear to be average body weight, so you will have to look for the other warning signs. There may be signs of binge eating, which includes the disappearance of large amounts of food in short periods of time, or signs of purging, which includes frequent trips to the bathroom after meals. A change of routine to make time for binging and purging sessions may also be a warning sign. Similarly to anorexia, they may be obsessed with weight loss, dieting and food. Indications of purging include unusual swelling of the cheeks or jaw area, discoloration or staining of teeth and calluses on the back of the hands and knuckles.

Evidence of binge eating is the same as bulimia, but with BED there is also secretive food behaviors such as eating alone, in the car or hiding wrappers, as well as possibly stealing, hiding or hoarding food. Normal eating behaviors may become disrupted meaning they could just eat throughout the day with no planned meals or skip meals altogether. BED could involve periodic dieting with extreme restrictions. Those with BED may also experience emotional and mental symptoms as well, including depression, moodiness, and social isolation.

Being able to identify your issues is the first step of recovery. Many times eating disorders are linked to low self-esteem. Being able to address the underlining problems with an experienced online therapist could help tremendously. It is ok to ask for help. If you are interested in learning more about my services, don’t hesitate to reach out to me. It would be my pleasure to help you. 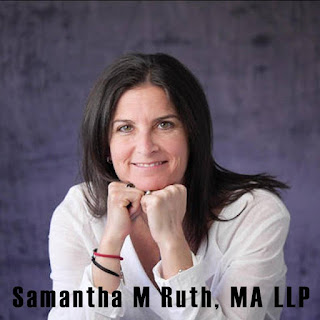